ARE YOU READY TO MAKE DEVOTION TO INA PENAFRANCIA?

OUR LADY OF PENAFRANCIA DE MANILA 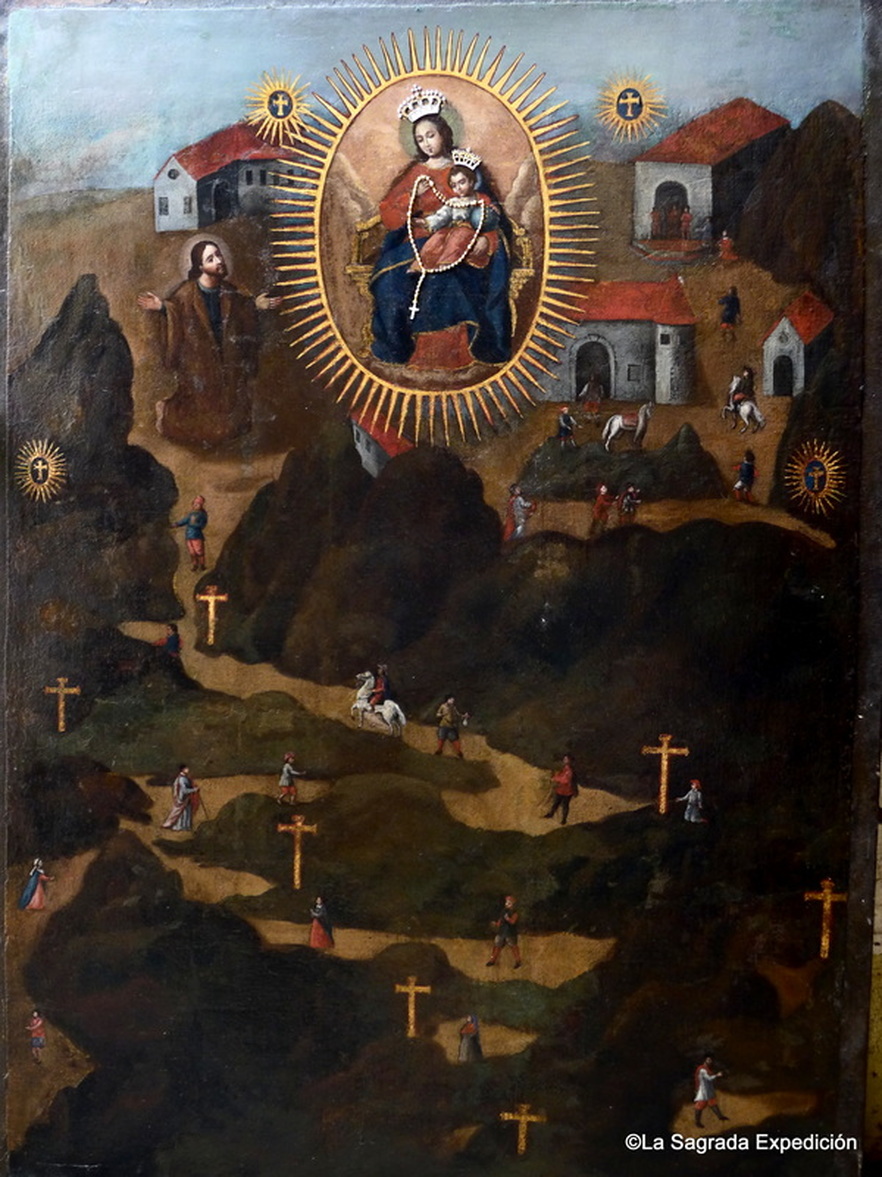 OUR LADY OF PENAFRANCIA DE MANILA 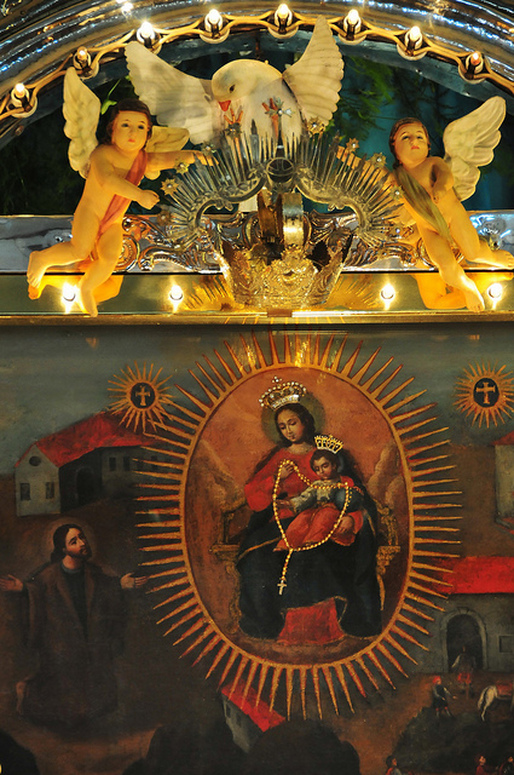 Inang Mahal, Birhen ng mga Dukha, is how the residents of Metro Manila's Paco-San Andres-Singalong-Pandacan districts call her. The image is enshrined in Our Lady of Peñafrancia Parish in Paco, Manila.

Description of the Image

The “Our Lady of Penafrancia de Manila” is an easel painting, which dates back to the 1660s.
The image was painted on a thick canvas. An oval aureole surrounds the Madonna and Child who sit on a golden throne on top of a rocky peak depicting the image Simon Roland Vela had seen in Peña de Francia, the Child is holding a globe, rests on the Mother's lap, his right hand is raised in benediction. A rosary was added to it after the image came to be known as Our Lady of the Rosary. To Our Lady's right side kneels Simon Roland Vela, his arms extended in prayer, the brown robe of the Franciscan Order draped over his body.(who was asked by the Lady to look for her in the mountain called Pena de Francia.)

From the bottom to the top snakes a road marked with golden crosses. The road is filled with figures showing scenes from Simon Vela’s epic search for the Peña de Francia

National Artist Fernando Amorsolo has done some restoration on the painting in 1950s. The image was canonically crowned under the order of Pope Saint John Paul II on November 10, 1985 by Jaime Cardinal Sin at the Quirino Grandstand in Manila. A dance was performed in her honor which gave birth to an annual Tatarin Dance Festival which is celebrated every second Sunday of November in commemoration of the canonical coronation.

Two Popular Versions of the Origin of Peñafrancia de Manila

The first version, according to the oral tradition said that the image was found along the banks of the Pasig River by a group of farmers and fishermen on May 14, 1621. The people brought the image to Candelaria Church in Paco, Manila (San Fernando de Dilao) but the image would vanish from time to time and would be recovered on the same spot where it was first found. The people decided to build a visita (Sub-parish or Chapel) in the place where Our Lady favored to be placed. It became the forerunner of the Paco Church. 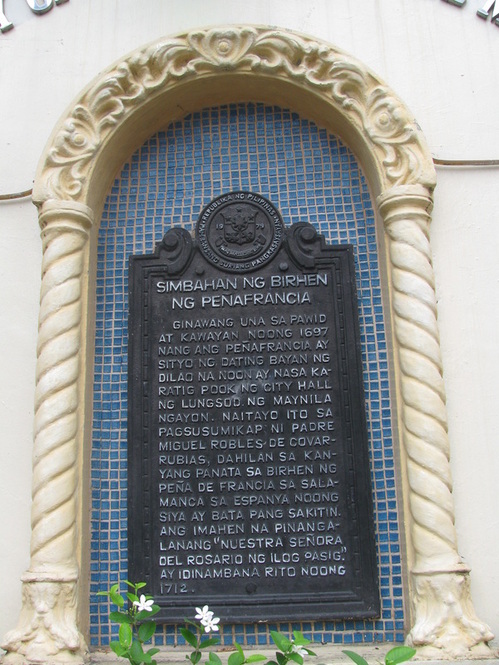 HISTORICAL MARKER OF PENAFRANCIA DE MANILA
Another version said that it was the Covarrubias clan who brought the image here in the Philippines from Salamanca, Spain in the 17th century to spread the devotion to Our Lady. A son,Miguel Robles de Covarrubias, was responsible for the transportation of the image to the Bicol Region where he became the Parish Priest of Nueva Caceres (source: National Historical Commission. 1979)

﻿It was first made of bamboo and cogon leaves in the year 1697 where the Penafrancia became Sitio in the former Town of Dilao,near Manila City Hall in the City of Manila today.
It was built through the efforts of Fray Miguel Robles De Covarrubias,because of his devotion to the Virgin of Pena De Francia,venerated in Salamanca,Spain when he was a sickly boy.﻿
The icon was named
"NUESTRA SENORA DEL ROSARIO NG ILOG PASIG"
(Our Lady of the Holy Rosary of Pasig River)
and enshrined here in the year 1712

HIGHLIGHTS OF THE EVENT:
​(THE 25TH ANNIVERSARY OF CANONICAL CORONATION OF OUR LADY OF  PENAFRANCIA DE MANILA SINCE 1985)

HOW TO GET THERE?